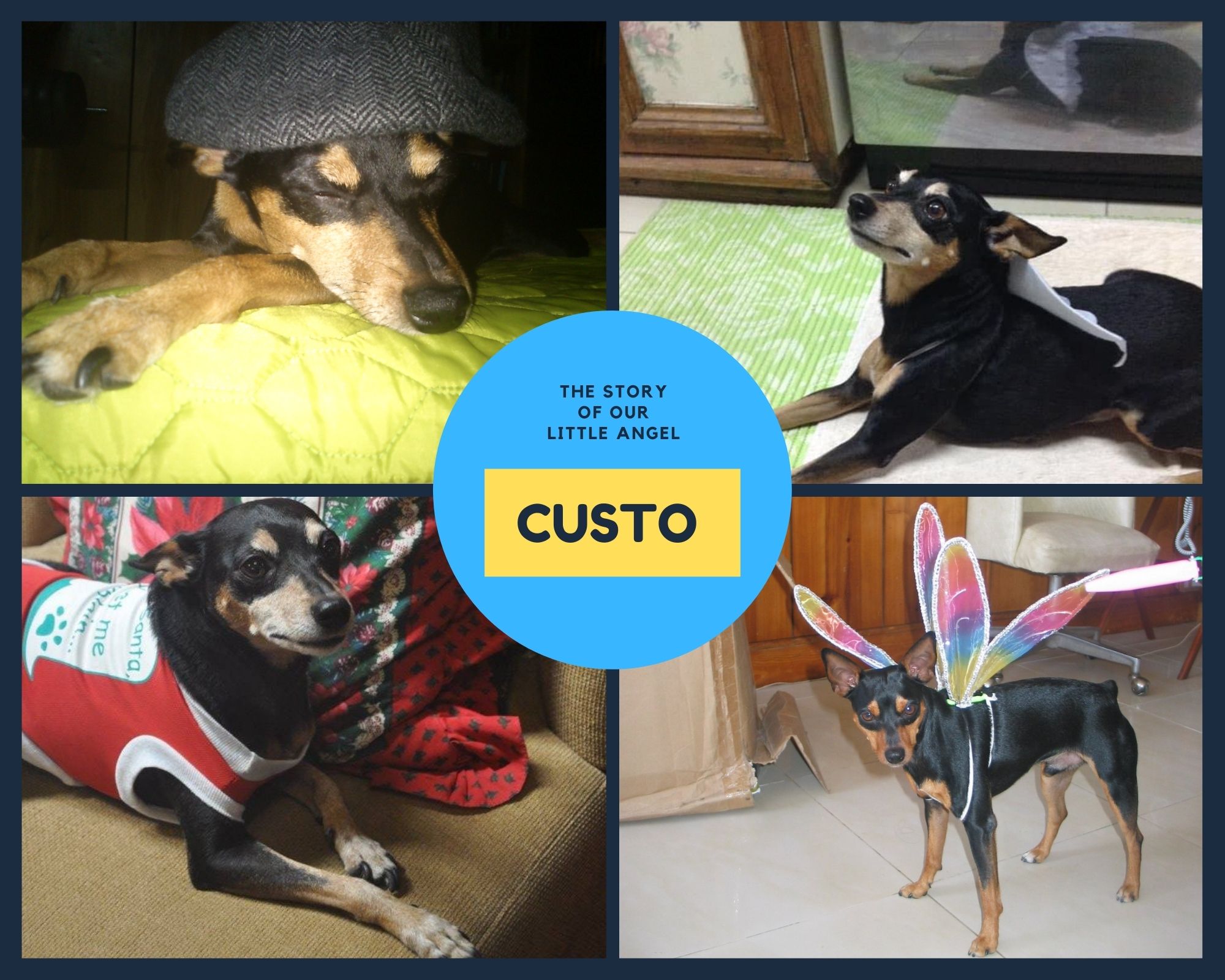 Last 2003, a family friend gave him to us. I recall my first meeting with him. My father asked us to guess what was inside his jacket, but we were unable to do so. I was very interested to see what it was, and he brought out a very adorable puppy. Custo was the name that my mother gave him. This is our only photo that I was able to retrieve when he was a puppy. 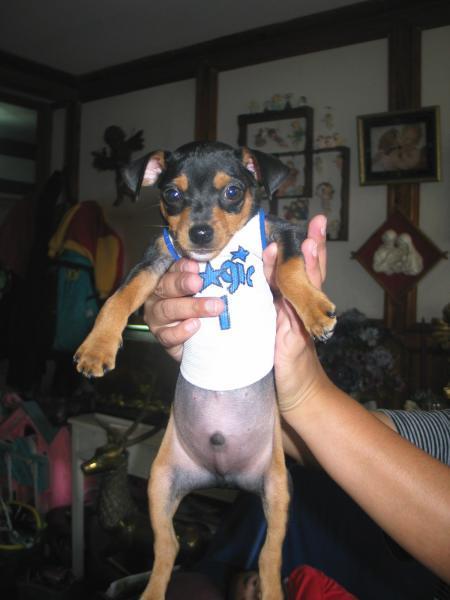 Custo was really special because he was our first ever pet dog. I remember the most difficult part of having a dog is potty training them. Our flooring was made out of wood before and it was difficult to clean up Custo's mess because he wasn't potty trained. My parents had plans of renovating our flooring before because of the previous termite infestations and his arrival encouraged them to begin. They made the flooring tiles so if ever he peed it would be easier for us to clean.

He soon figured out where he could do his business, and it was outside. We'd say out, and he'd go to the door, which we'd open for him, and he'd do his business there. We normally kept him on a leash because he is violent towards cats. I remember him chasing a cat before.

Here's a video of my younger brother with Custo, and our wooden floor still visible.

I already miss cuddling with him. I loved sleeping next to him because of his warmth. Occasionally, he would sleep on top of my chest. He also loves to lie in between our legs under the blanket. I remember if you leave him out he would dig the blanket until you cover him. My sister and mother used to dress him up in various costumes when we were kids. I found that he was a very photogenic dog in most of his pictures. When we took pictures of him, he just knew how to pose.

If you look at the photo below, you could see him in a tuxedo. I remember that day when I saw it, I hurriedly tried to put it on him and I was struggling. I was able to put it on him but I was so stupid back then because when I put it on him it was supposed to be the other way around. 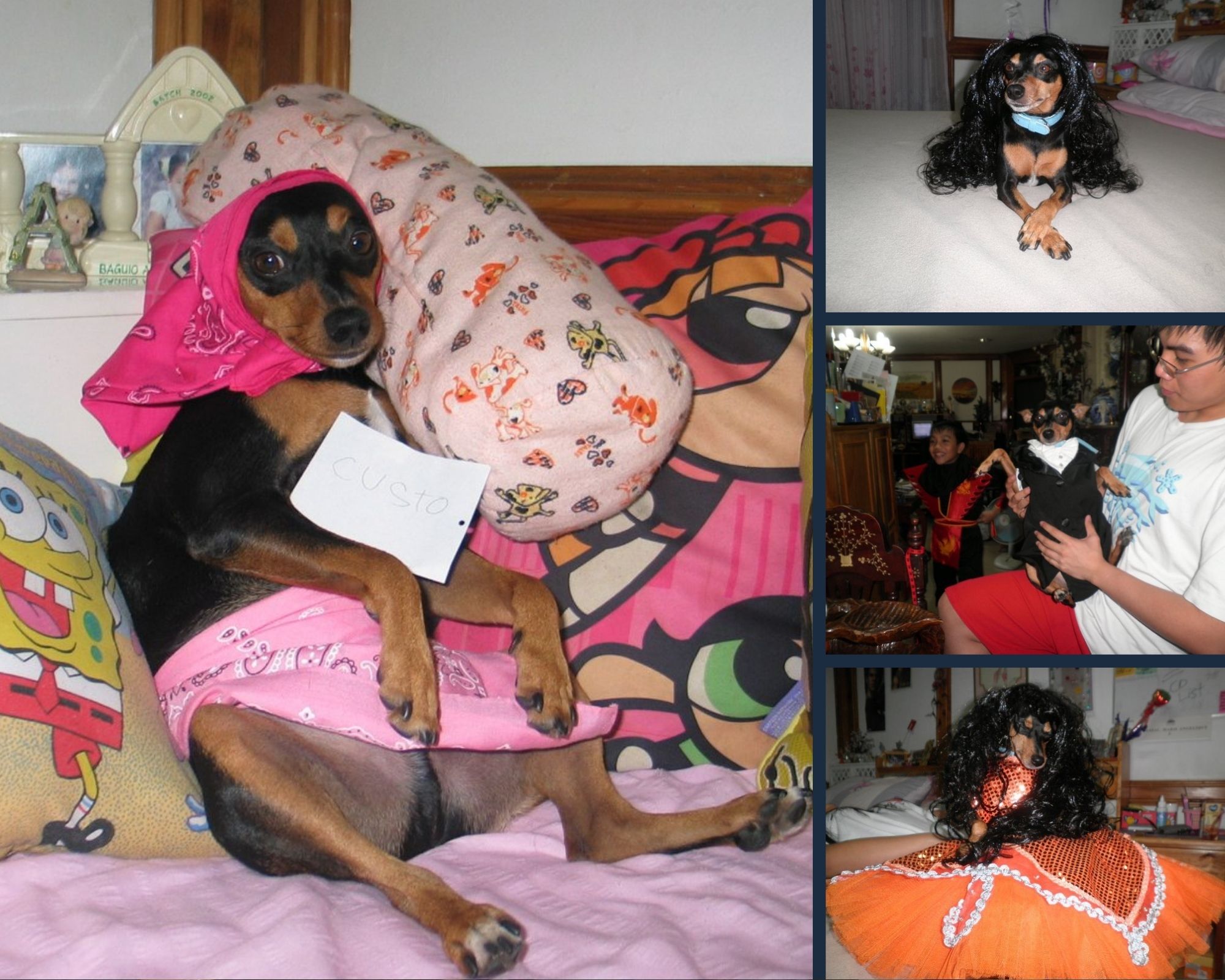 Here are some fun moments with him. I went inside my sister's room and I saw him licking himself and I decided to take photos of him. These were the photos I was able to take. I believe he was trying to look seductive with his poses. One thing I will greatly miss is how he would always be the first one to welcome us at the door whenever we returned home. He was always bursting with energy and eagerly anticipating us to pet him. I also miss petting him because it would re-energize me whenever I was tired. He also brought our family closer together.

Custo was a very intelligent dog. There was a time when we all had to leave the house at the same time and we left him inside. We discovered him in between the main door and the screen door. I watched him do it before and he was scratching it until it would open. Last 2018 Custo's original owner saw how we took care of him so she gave us another puppy named Pierre. When she handed him over, I imagined Pierre as the son Custo never had. They were inseparable. Though there were times when Pierre would piss off the old man. There also came a point in time last 2018 where we had to take care of three dogs. Custo, Pierre, and Happy. Happy was from our cousin's friend. The owners had to go abroad so they were looking for people to take care of him while they were gone so we volunteered. They said that they would get him after a short period of time. They ended up giving him to us but after living with 3 dogs, we had a difficult time so we decided to give it to our sister-in-law's family. 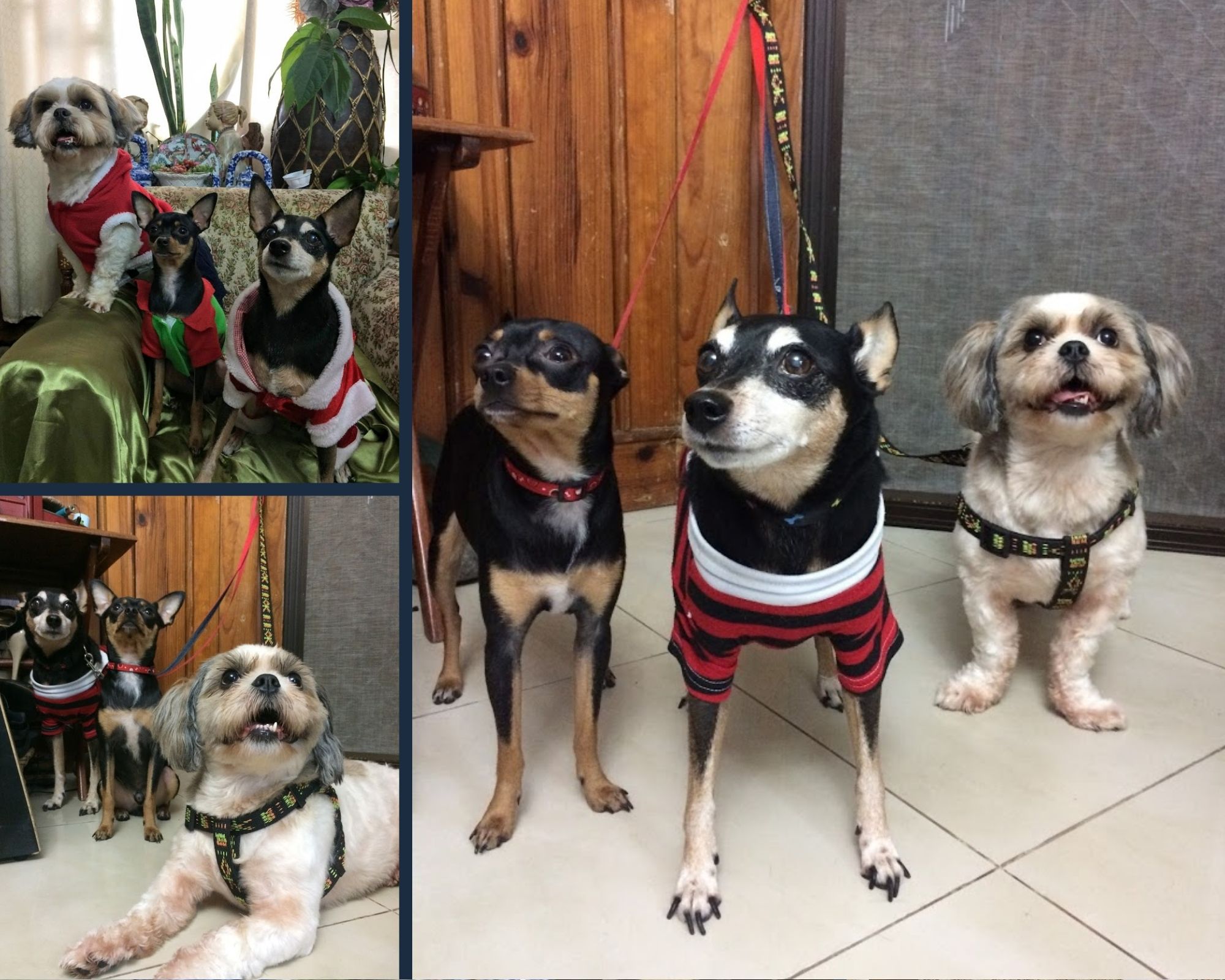 We also celebrated the birthdays of Custo and here are some shots of his 15th and 16th Birthday Party. The Last Year with Him

When you look at the photos, you could see how old he got. His brown color faded already and he had the old man look. The photo at the upper right corner was my last photo carrying him and Pierre. When I was taking photos of Custo, someone was getting jealous so he joined in and then left afterwards. Custo was getting weak already, there are times where he would just vomit. He also needed us to pick him up because he couldn't jump anymore. During the morning of this day, my brother came into my room that morning and said, "Custo might die soon, he vomited blood awhile ago," and when I heard that, I went looking for him just to pet him. I approached him. When I spotted him, I realized something was wrong with him because he was not responding. He was already cold when I touched his body and he wasn't breathing anymore. In my head, I was in denial, so I tried one more thing: I looked and felt for his heartbeat, but I couldn't feel it. When I realized he wouldn't be around us any longer, I was devastated. I told my mom and siblings about it and we were just shedding tears. It was my sister who was really affected because she was the one who has been taking care of him most of the time. Custo would sleep beside her at night. We buried him at the back of the grotto. He's actually beside my sister who died in a miscarriage. 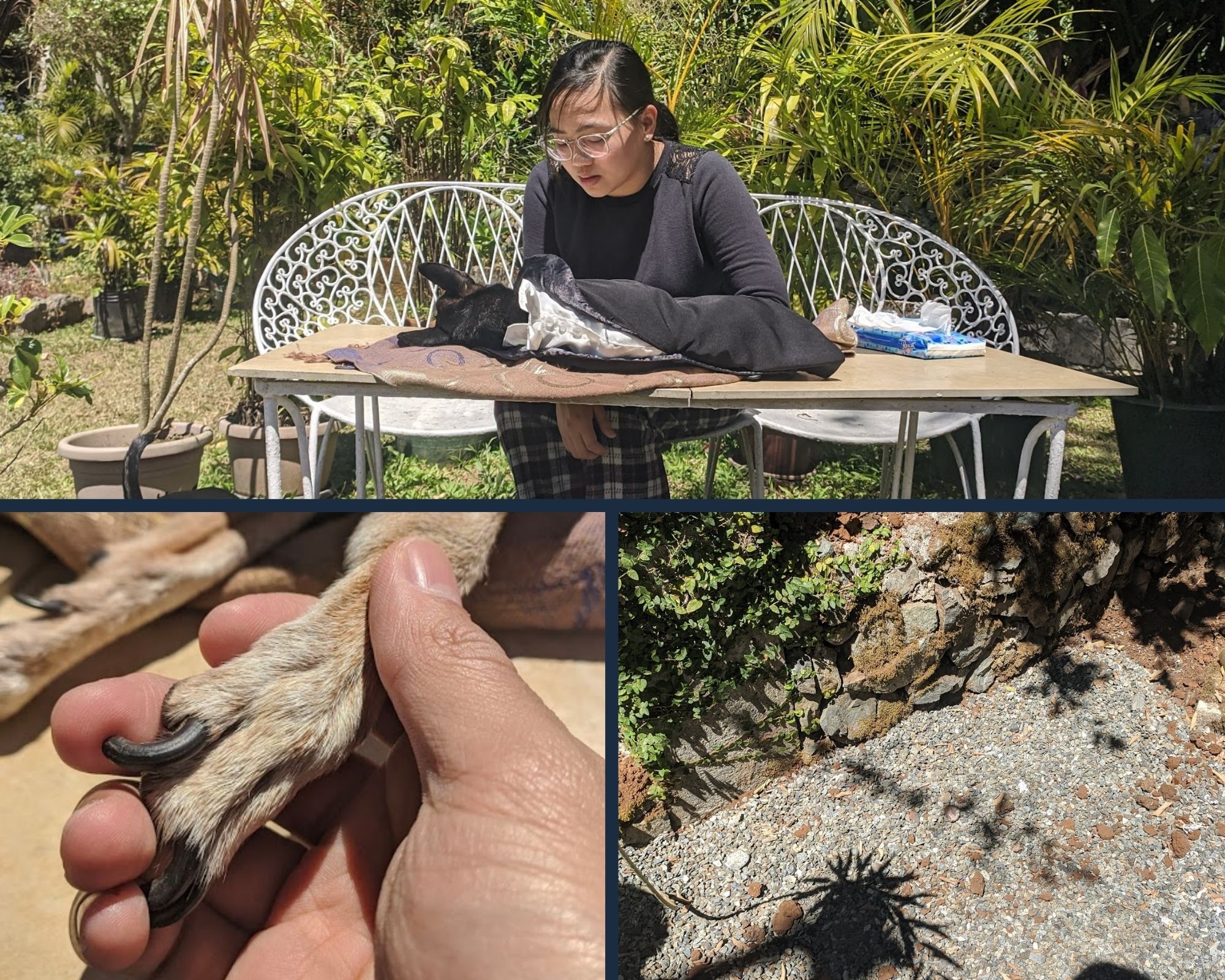 I actually visited his grave lately and there are so many plants growing already. 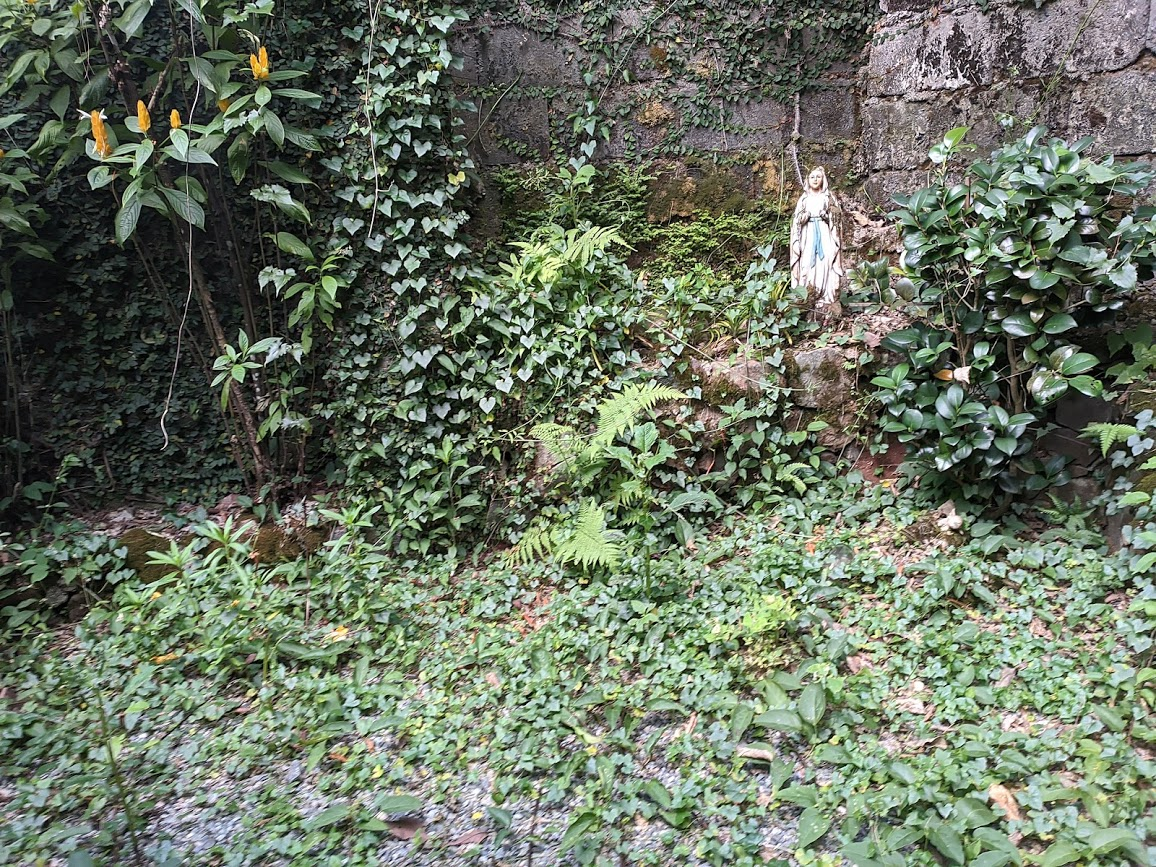 Losing a pet is a really heartbreaking experience especially when you are really close with them. Until now, I actually miss Custo but at least he isn't suffering anymore. Writing this got me teary-eyed reminiscing all my memories with him as I was growing up. THANK YOU SO MUCH CUSTO FOR THE 16 YEARS OF BEING WITH US. I LOVE YOU SO MUCH BUDDY! 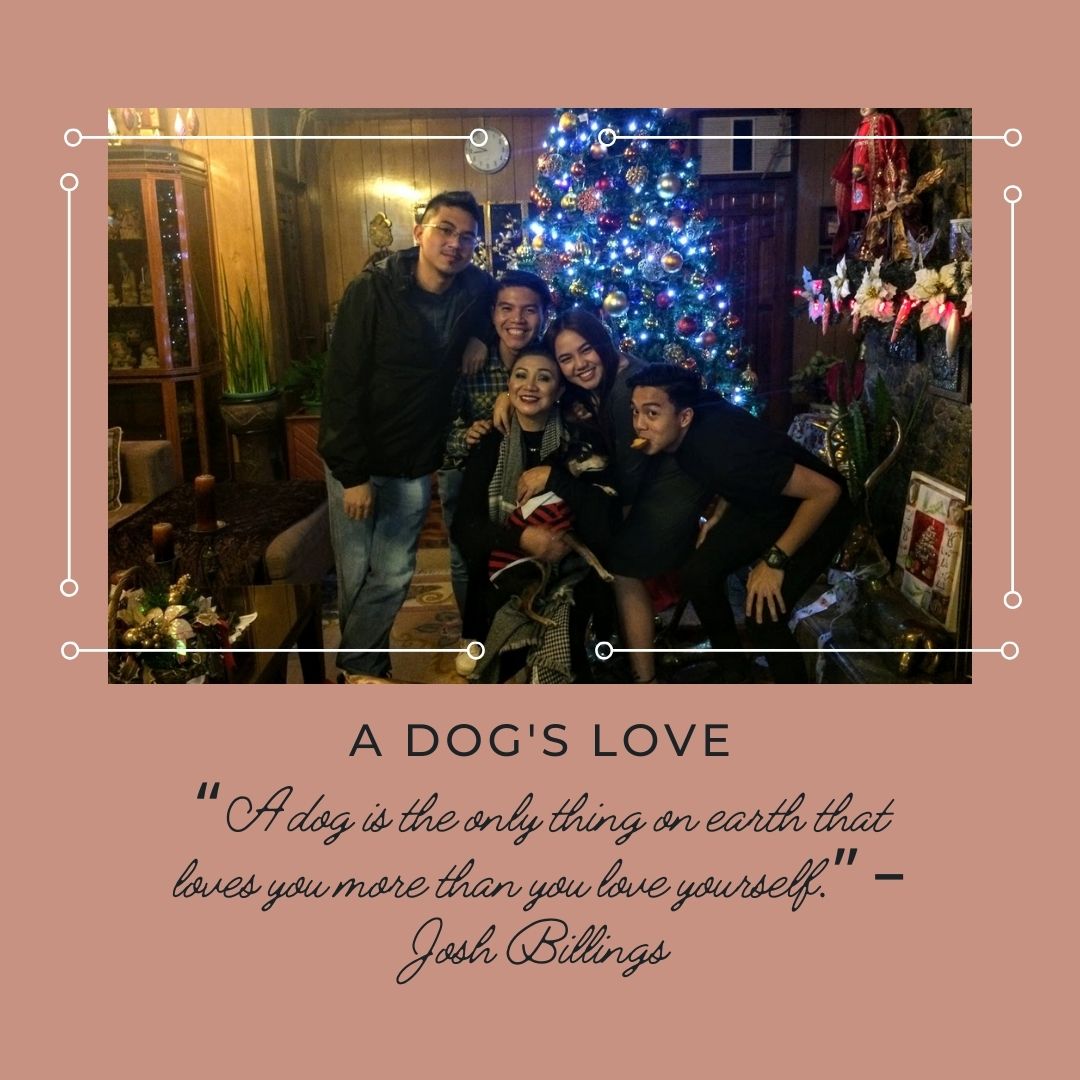 Thanks for reading and stay safe always!

The photos used in this post are owned by me and my other family members.

EARN BITCOIN CASH BY CREATING AN ACCOUNT HERE AND POSTING
blurtimals blurtfilipino blurtlife blurtography blurtulogs
13 days ago by sgbonus
427.72 BLURT
11 votes
2 22
Authors get paid when people like you upvote their post.If you enjoyed what you read here, create your account today and start earning FREE BLURT!
Sort Order:
[-]
r2cornell  ·  13 days ago

Congratulations, your post has been Manually curated by @r2cornell. You can use the tag #R2cornell. Also, find us on Discord

It is a sad story, our pets are like little children who never grow up and come into our lives to be part of our families. Dismissing a pet is very sad, it always remains in our hearts.
I have two little dogs, one black and the other white and they are my two loves.
Thank you for sharing such beautiful photos of your memories.
Good vibes.