Buterin, who became the youngest crypto billionaire at the age of 27 earlier this month, also transferred Ethereum and Dogelon Mars (ELON)

Vitalik Buterin donated cryptocurrencies worth $1.5 billion to several non-profit organizations, including $1 billion to a COVID-19 relief fund in India, on Wednesday in one of the largest-ever individual philanthropy efforts. 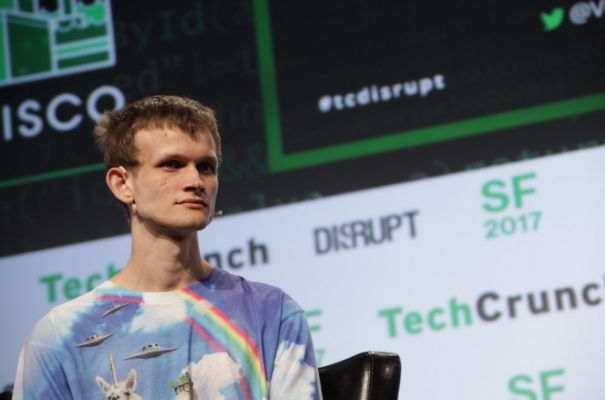 Or at least that was the worth of the cryptocurrencies — many of which are dog-themed — when he made the donation.

Buterin, the creator of Ethereum, transferred 500 ETH and over 50 trillion SHIB (Shiba Inu), a meme coin, worth around $1.14 billion at the time of transaction, to the India COVID-Crypto Relief Fund.

The transaction prompted a panic among some investors, contributing to over 35% drop in SHIB’s price on Wednesday — and its value continues to fluctuate.

SHIB, named after Shiba Inu, and Dogelon Mars (ELON), another meme currency Buterin donated on Wednesday, are alternative cryptocurrencies that have exploded in popularity in recent months. SHIB is a joke on Dogecoin, which itself was created as a joke. 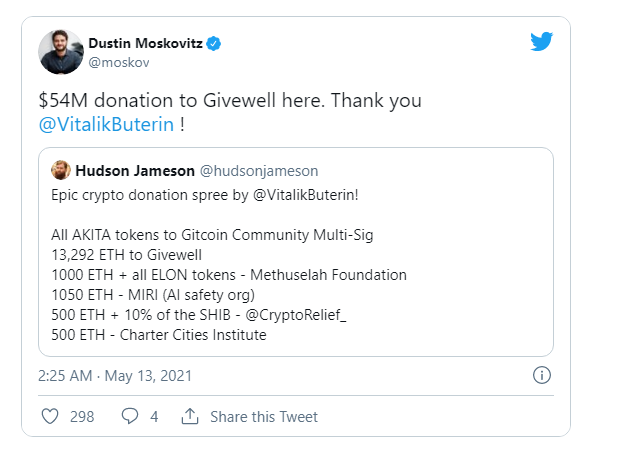 SHIB has successfully courted retail investors in China and other markets following recent surges in the Dogecoin cryptocurrency. It has managed to garner billions (USD) worth of investment in recent days before Wednesday’s crash.The causes Buterin is supporting are no joke, and the volatility of the meme coins could result in less liquid money for the relief fund.

Buterin’s offloading of several dog-themed meme coins — which were sent to him without his consent in the first place — comes at a time when India is grappling with a surge in the coronavirus infections.

Sandeep Nailwal, co-founder of crypto organization Polygon and who put together the Indian relief fund, late Wednesday assured people that he won’t do anything that hurts “any community specially the retail community involved with SHIB.”

The relief fund, which has so far used the prior donation funds to send oxygen cylinders and other medical supplies to Indian hospitals, said it plans to do a “thoughtful liquidation” to meet its goals. “We have decided to convert the donation slowly over a period of time,” the official Twitter page of the fund wrote.

Buterin, who became the youngest crypto billionaire at the age of 27 earlier this month, also transferred Ethereum and Dogelon Mars (ELON) worth $336 million to Methuselah Foundation, a nonprofit that supports efforts in tissue engineering and regenerative medicine therapies; and over 13,000 ETH to Givewell, a nonprofit organization that works to curate the best charities around the world. Buterin also donated to Gitcoin Community, MIRI and Charter Cities Institute.